We are a not-for-profit volunteer organization working to reduce conflicts between residents and the wildlife that reside in the valley. Our group consists of qualified and educated volunteers. Volunteers learn firsthand how to read and understand bear behaviour, and how to safely deal with situations involving bears. Our group is then able to educate the public with evidence-based training and not just an academic understanding. Volunteers become certified after reaching requirements set out by the executive members of the Crowsnest Pass Bearsmart Association board. 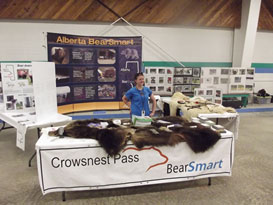 Environment and Parks BearSmart Program consists of local certified volunteers that are used to assist different government staff in managing two species of bears within the Crowsnest Pass area.

Over several years different community projects were introduced, aiming at managing bear behaviour and attractant management. Allowing a co-existence between wildlife and humans.

The primary goals that the Association works towards is to 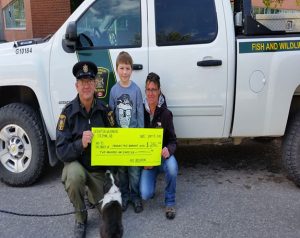 The program had a successful year for 2015 in the areas of public contact and awareness. The number of incidents varied throughout the 5 communities comprising the Crowsnest Pass. Bellevue and Hillcrest were much quieter compared to 2014. Successful removal of historic apple trees, purchases of bear proof bins, fines issued by bylaw officers, social media, education and overall presence of volunteers changed much of the bear’s and resident’s behavior. Blairmore and Coleman were busier. The issues were addressed and should be quieter in 2016.

With a little incentive, the public, local businesses, schools and local MD, stepped forward to bearsmart their community on different levels. Fish and Wildlife Officers have been spending less time on issues because of the involvement of community volunteers. With the replacement of the Fire Chief and Bylaw Officer with CNP Protective Services, the replacements soon recognized the benefit of a community partnership towards the common cause of “Public Safety.” Operationally it was a successful season.

Again, overall the majority of the public had positive feedback with the presence of volunteers and officers during presentations, door knocking, and general patrols.

We aim to CO-EXIST!

Some negative feedback was noted by a few individuals when tickets were issued by the local Bylaw Officer. With the bearsmart volunteer staff being seen in the community with a proactive approach, their motivation resulted in residents communicating more with their neighbours to improve the management of attractants.

Due to a considerable number of complaints over the past years, the local Waste Management business, Crowsnest Pass Waste Disposal, have been approached requesting them to re-furbish their community dumpster so to meet bear proof standards. Finally, through public pressure and officer advocacy, a total over-haul was made and all dumpsters in hotspot locations were bear-proofed. 100% success rate on bears unable to gain access.

No government funding was available to run the program this season, but through dedication and passion by the volunteers, and a few donations, the Association obtained the goals they strived for.

The BearSmart group would like to thank all the communities for their support and dedication in the past, present and future. A special thank you to the Hillcrest Fish and Game Association, CNP Protective Services, RCMP members, local Municipal Enforcement Officer, Environment and Parks staff, JSG Officers, Pass Herald and Mountain Radio for all your support and assistance in helping us to make our communities BearSmart. 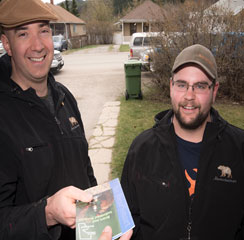 How we do it

The interpretation of the word “Conflict” is very broad and sometimes doesn’t clearly explain the behavior of the bear and its activity. A conflict to one person may be different from another. Opinions vary when giving information to the person taking data and how the data is than entered. 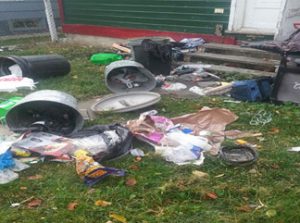 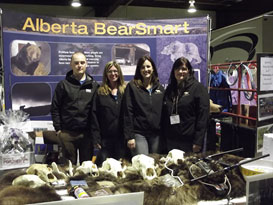 Several hundred pamphlets and magnets given to individuals during presentations. Very important to continue funding these items and create new styles. 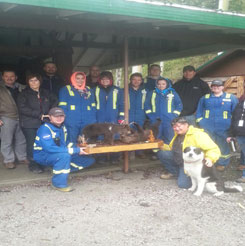 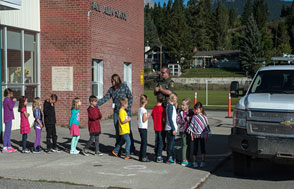 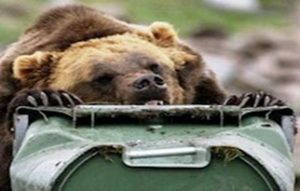 Training and Certification of volunteers
13 hours spent training in 2015
Each volunteer must be recertified each year.

Join Our Newsletter Simply Enter your Information to our Free Information, Advice And Tips !

The annual fundraising raffle is here!

Crowsnest Pass Bearsmart Association is holding a raffle to raise the funds to support our program! Prizes are a bear resistant garbage can, a beautiful canvas print donated by Bound for Mountain Photography, and a basket filled with prizes including b …

Gardening and Landscaping in bear country

It’s gardening and landscaping season in bear country! As much as you may like your garden, the bears like it even more so. To avoid conflict with bears, understand that bears are drawn in to town by food odours. They have seven times the scent sensiti …

Is there a bear in your community? Call the Report a Poacher hotline or your Alberta Fish & Wildlife Area Office